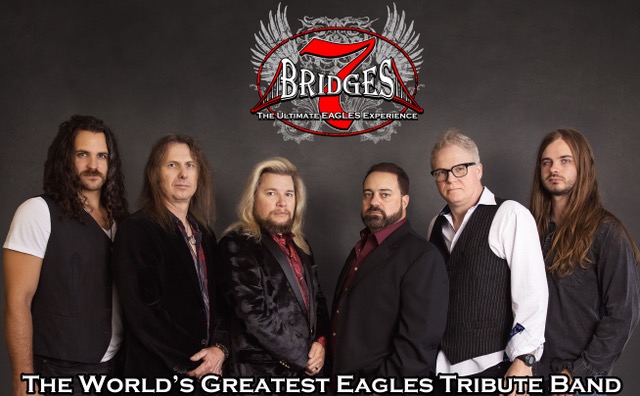 Rolling Stone Magazine called 7 Bridges ‘The greatest Eagles tribute on earth!’ Considered one of the most authentic Eagles tribute band experiences in the United States, 7 Bridges is a tour de force of talent, combining incredible musicianship, vocal precision, a stage presence that has garnered them nationwide acclaim, faithfully recreating the excitement of an Eagles concert from the band’s most prolific period.

Save 10% on 10 or more tickets. Tickets must be purchased for the same show to receive the discount. Group tickets can be purchased in person or over the phone, 262-560-3172. Tickets may be added to your order later, subject to availability. NO REFUNDS OR EXCHANGES WITH GROUP TICKET ORDERS.

Buy To This Event Directions